and threatening. It’s a sound born from the burden of struggle and an unwavering commit

ment to continued survival against all obstacles. Bodysnatcher put the “core” back in Death

As seen on tour with Chelsea Grin, Lorna Shore, and Slaughter To Prevail, and in a series of

crushed it into a new subgenre. The Sunshine State gave gruesome birth to genre pioneers

body the hardcore spirit and cut their teeth in the tight-knit community. They are monikered

after the nickname of one of history’s most notorious serial killers, Ed Gein, and represent

ed by a triangular symbol steeped in alchemy and the occult. But Bodysnatcher lyrics owe

The inception point came with the purest of intentions. “I was around 17,” Medina explains.

King Conquer and Dealey Plaza, Bodysnatcher released a quick succession of albums and EPs, most notably

(2020). Combined with a blistering live show, this led to a deal with the MNRK

is the darkest offering yet from Bodysnatcher, burning with an intensity derived

from a further focus on sonic pummeling and truth-telling narratives. “Even as a pissed-off

teenager, the first songs I wrote were about personal experiences and people who did me

wrong,” Medina says. “The musicianship is more mature; there are still a lot of breakdowns

but done in a much smarter way. It’s definitely still Bodysnatcher. It’s like Bodysnatcher on

All of the guys contribute to the lyrics, resulting in multiple points of view and diverse in

sights anchored by common themes of catharsis and resistance. “Absolved of the Strings

and Stone” is a battle cry against the gaslighting and emotional abuse of toxic people. “Hol

“Wired for Destruction” confronts death anxiety. “It’s about the fear of the unknown, how all

of us will move on,” says Medina. “Are we just going to return to dust? Are we just forgot

ten?” Even amidst the uncertainty and darkness, there’s an underlying positivity to be mined

within. “Value Through Suffering” takes a proactive stance on hardship, a way to rebuild

every other band, inadvertently consigning themselves to talking points that sound like ev

eryone else. Bodysnatcher is, without apology, a deathcore band. There is no compromise

“Deathcore kicks ass. A lot of bands shy away from labels they don’t deem ‘cool’ enough.

But we don’t give a fuck,” Medina says proudly. “We like what we like, and we play what we

play. We all love hardcore and metal, so we’re going to play hardcore, play metal, and play

“And that’s how the band is going to be, forever. 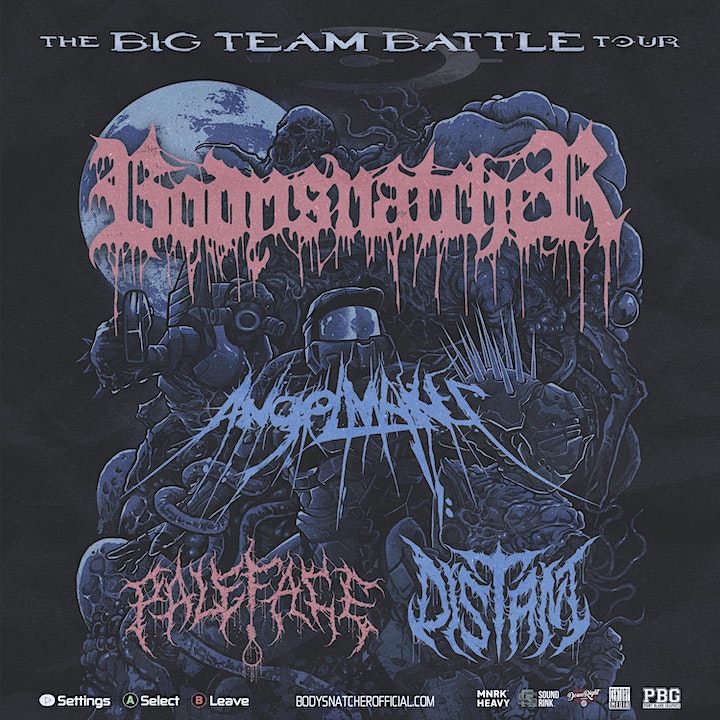