Renowned for their status as agents provocateur of the underground hard rock and industrial metal scenes, the latex defining and pop-culture defying Genitorturers return with the Nov. 3, 2009 release of Blackheart Revolution .

“We wanted to make a big rock record that translates the same excitement I felt when I heard AC/DC’s Highway to Hell for the first time, combined with the dark intrigue of Alice Cooper’s Welcome to My Nightmare,” says Gen of the new release. “We wanted something that shakes the walls, grabs you by the balls, and scares you a bit in the process!”

A product of Orlando, Florida’s musical underbelly, what Genitorturers lack in wholesome family fun, they make up for in their celebration of the unspeakable, embracing and exploring our conservative culture’s taboos. They caught the ear (and eye) of legendary music industry magnate Miles Copeland, who signed the band to their first deal on his I.R.S. label, where they joined the ranks of fellow Copeland signings Gary Numan, The Go-Gos and R.E.M.

From their beginnings as upstart mavericks, to their current status as veteran iconoclasts, the only boundaries the Genitorturers know are the boundaries that they shatter. 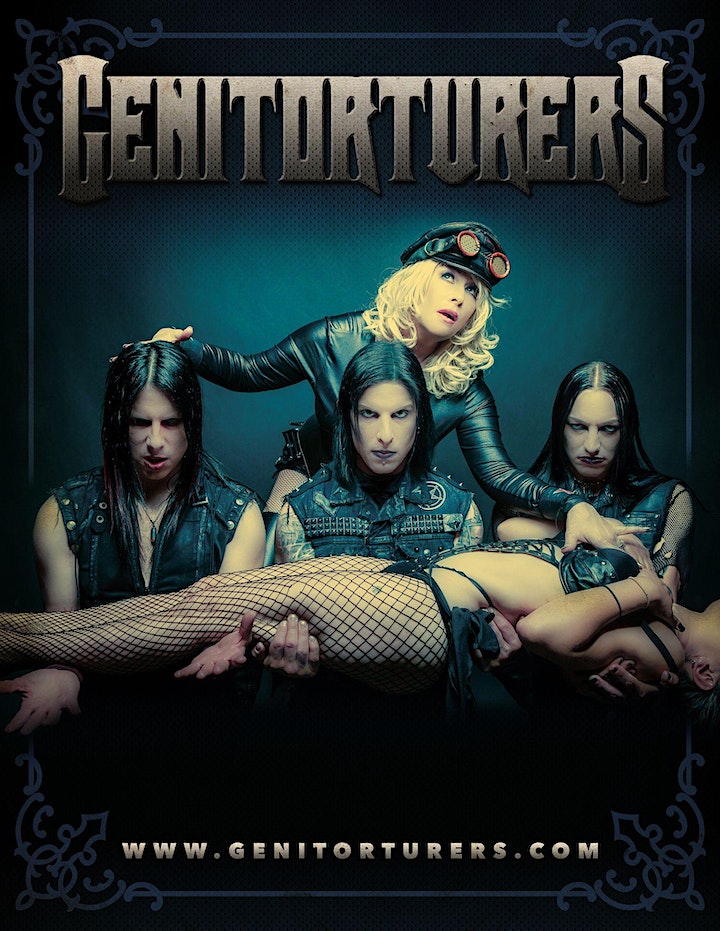