its unique brand of Southern Gothic that is all-at-once irreverent, revisionist, dangerous, and fun.

Led by their charismatic, rail-thin frontman and blues-harpist JD Wilkes, the Shack Shakers are

a four-man wrecking crew from the South whose explosive interpretations of the blues, punk,

rock and country have made fans, critics and legions of potential converts into true believers.

Dances & Jamborees Across Kentucky”), the band is re-mobilizing in the fall of 2014 much to

the excitement of many a Shack Shaker fanatic. Despite the group’s time off, their reputation for

intensity has stuck with them. On stage, JD has been compared to the likes of Iggy Pop, David

Daubers’–is back in the Shack Shakers’ lineup. The rhythm section is rounded out with Brett

Whitacre on drums and Mark Robertson thumping out the upright bass.

Although not legendary upon being named, the band has grown into its reputation the last

that have been featured on television shows such as HBO’s True Blood. Past tour mates and

band to open for him on his 2005 tour of Europe. Plant named the band’s third album Believe as

one of his favorite records of 2005. The list of esteemed admirers goes on to include horror

novelist Stephen King, who listed “CB Song” as among his iPod’s Top Five in a 2008

Entertainment Weekly article. Such a wealth of devoted fans over the years has only added to

the mystique that the Legendary Shack Shakers possess, carrying them down the road toward 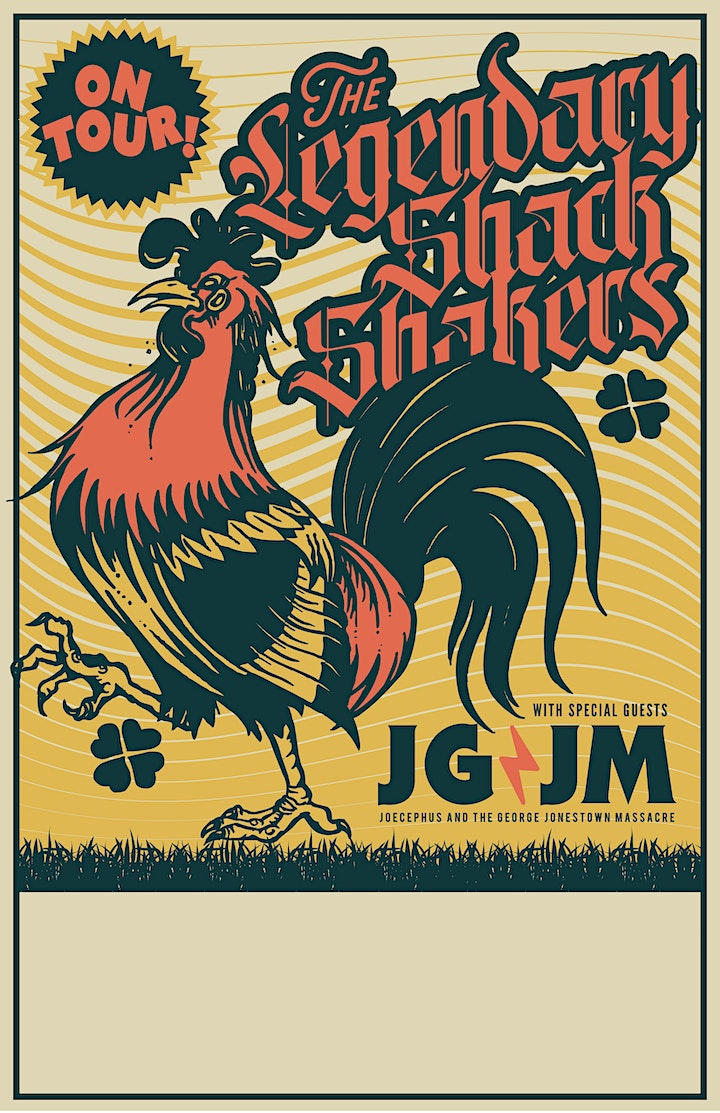