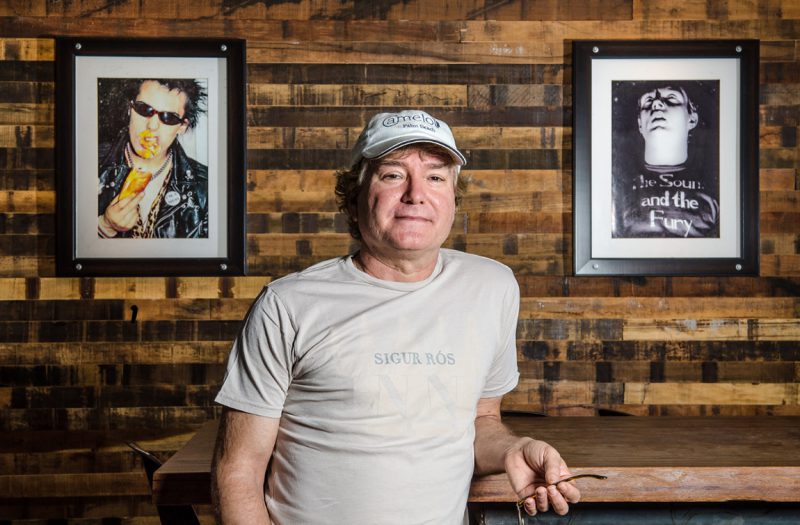 “Known around town as the guy who spearheaded the 500 block’s comeback, Mayo is a reserved and ambitious businessman who prefers wearing sandals, jeans and Joy Division T-shirts over suits and ties.

In 1984, he was 22 and new to the business of renovating old buildings. He had recently returned from Los Angeles, where he reveled in that city’s vibrant punk scene while attending Occidental College.

Now, he was eager to bring that same vibe to West Palm Beach, and he would launch it in a boarded-up Salvation Army building at 518 Clematis St., on a blighted block frequented by prostitutes and drug dealers.

The sketchy surroundings inspired the new club’s name, Respectable Street Café (it served lunch for its first few years), a title Mayo first heard in a song by the English band XTC.

Respectable Street opened on June 5, 1987. But something just as significant happened about two weeks earlier.

“We were testing out the sound system,’’ Mayo recalled. “I had some young kids that were DJs and one of them threw on a Joy Division song.”

The song was “Love Will Tear Us Apart,” Joy Division’s biggest hit, a haunting and beautiful tune layered with mystique because it was released in June 1980, a month after lead singer Ian Curtis committed suicide at age 23 on the eve of the band’s first American tour.

“I just stopped in my tracks: ‘What is this? I’ve never heard anything like this before,’’’ Mayo recalled.”